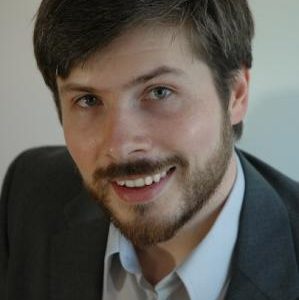 Tenor Jonas Budris is a concert soloist, stage performer, and ensemble musician, engaging new works, early music, and everything in between with equal passion. On the opera stage, he has performed principal and supporting roles with numerous musical organizations, including Guerilla Opera and Opera Boston. Recent roles include Henrik in A Little Night Music (Emmanuel Music), Garcin in No Exit (Guerilla Opera), Anfinomo in Il ritorno d’Ulisse in patria (Boston Baroque), Agenore in Il re pastore (Grand Harmonie), and Acis in Acis and Galatea (Blue Hill Bach Festival).

As a concert soloist, Mr. Budris sings frequently with the Handel and Haydn Society, joining them most recently in Bach’s Mass in G Major, and often sings with the ensemble’s chorus as well. With Boston Baroque, he performed in Handel’s Chandos Anthem No. 8 and Charpentier’s Te Deum and Missa Assumpta est Maria, both as a soloist and in the chorus, and will join them this fall in Monteverdi’s Vespers of 1610. With Emmanuel Music, he sings in the weekly Bach Cantata Series, and the group named him a Lorraine Hunt Lieberson Fellow. He is also a core member of the Skylark Vocal Ensemble, and makes his debut with Blue Heron this season. Mr. Budris graduated from Harvard University, where he sang as a Choral Fellow at Memorial Church.