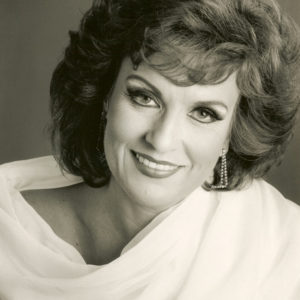 Russian-born mezzo-soprano Irina Mishura has established herself as one of the most important dramatic mezzo-sopranos singing today. A recent performance of Bizet’s Carmen led one critic to write, “Irina Mishura’s Carmen absolutely floored the audience. Hers is a big sultry voice, evenly produced throughout its range, particularly solid in its lower register, but easily floated on top. Her Carmen is truly voluptuous, with restrained, smoldering intensity.” After a recent gala event at the opening of the new Detroit Opera House, the Detroit News singled out Mishura’s “gripping ‘O don fatale’ from Verdi’s Don Carlo” as “the performance that likely will endure as the most memorable of the night. Mishura displayed not just the vocal prowess but also the intelligence that distinguishes great singers.”

Mishura is well-known to audiences throughout North America and Europe. She made an auspicious debut at the Metropolitan Opera in 2000 when she appeared as Dalila in Samson et Dalila opposite Plácido Domingo. Further performances that season with the MET included performances of the title role in Carmen and as Azucena in a new production of Il trovatore, as well as Dalila and Maddalena in Rigoletto on the company’s tour to Japan. She has returned to the Metropolitan Opera in the roles of Princess Eboli in Don Carlo, Marina in Boris Godunov, Amneris, Frederica in Luisa Miller, La Cieca in La Gioconda and Madelon in Andrea Chenier. Irina Mishura has appeared with Michigan Opera Theatre for most of her leading roles, including Amneris, Carmen and Dalila.